Enjoy complimentary shipping for all orders over 500€ and free returns on all orders. 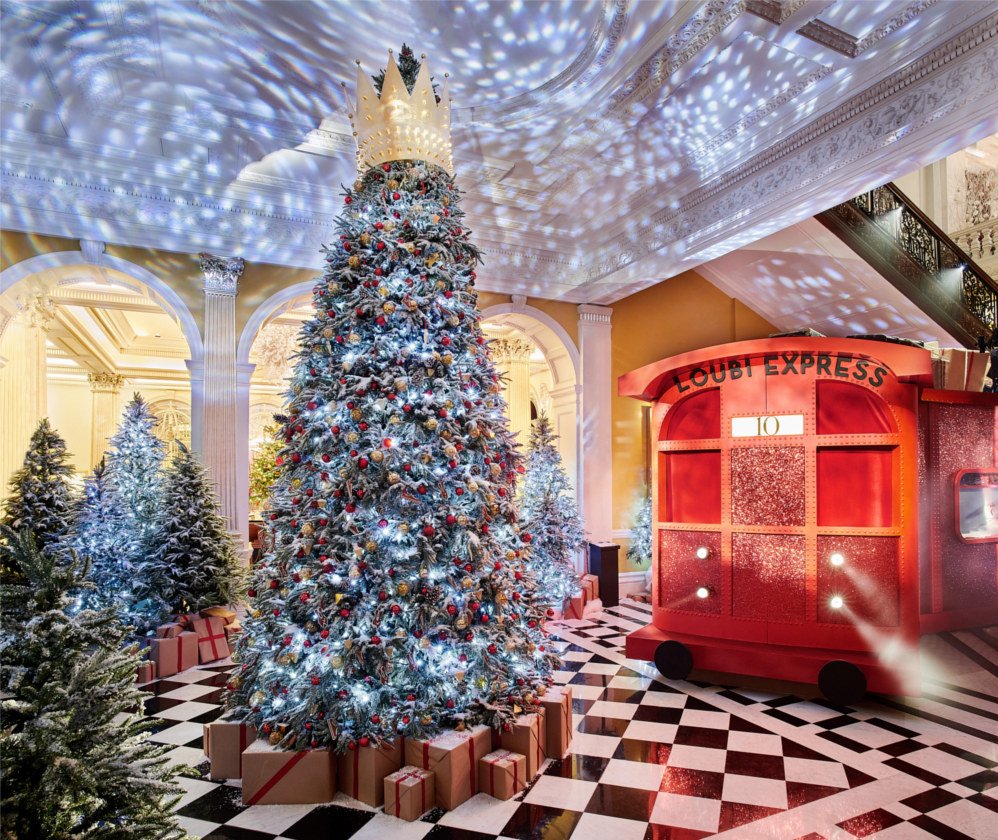 Claridge’s Christmas Tree 2019, celebrating its 10th anniversary, is accompanied by The Loubi Express, a glittering red train stationed in the snowy forest clearing of the lobby, with a plethora of wrapped gifts atop the train, making their way from Paris to London to spread festive cheer. The Loubi Express carriage, bedecked in signature Louboutin red livery, adds an immersive element  to the festive installation for the very first time, and will be home to an intimate dining carriage complete with four tables, its own Cocktail Conductor offering Champagne, cocktails and classic Claridge’s canapés complete with a nostalgic Christmas soundtrack.

The Claridge’s Christmas Tree 2019, located in the centre of the hotel lobby next to The Loubi Express, is a traditional 5 metre tree, adorned with sparkling fairy lights, gold and red baubles, and shoe-shaped gingerbread biscuits, with a glistening gold leaf crown on the top adding the finishing touch.

Commenting on his installation, Christian said “It is such an honour to be invited to design the Claridge’s Christmas Tree, the hotel is my second home when in London and I am glad to bring a little piece of Paris to such an iconic London landmark. The idea of travel has always been a key source of inspiration in my work and I wanted to capture the excitement and romance of it. There is something nostalgic about travelling by train, it reminds me of grand adventures and journeys home.” 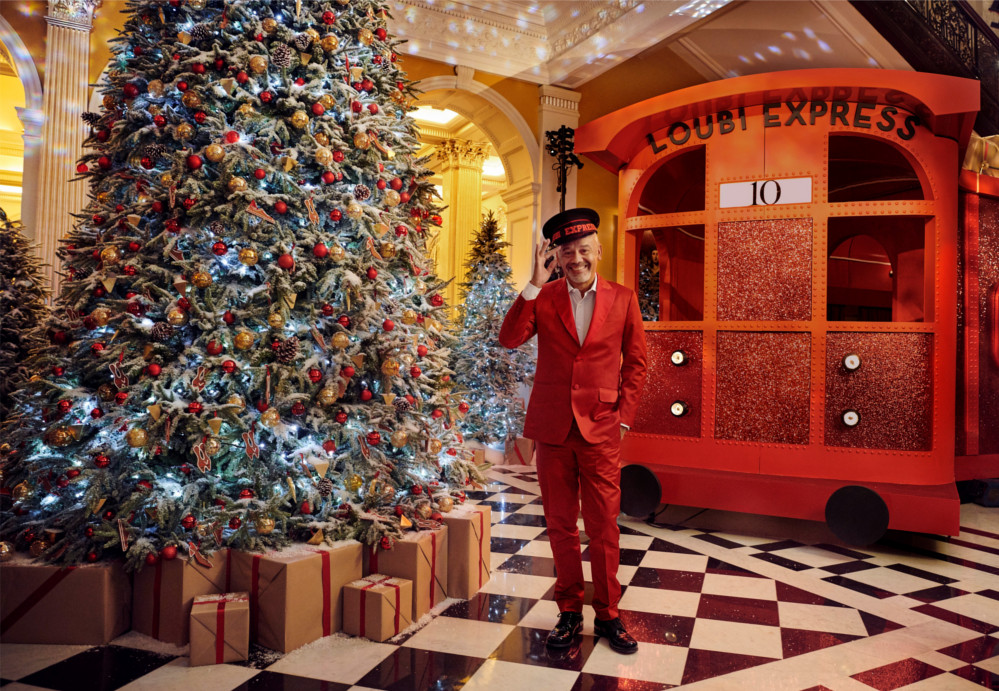 Claridge’s co-owner Paddy McKillen said “Christmas is always a particularly special time for us here at Claridge’s, and we are delighted to have Christian bring his festive magic to the hotel. This is the first time in history that we have had something quite like this in the hotel lobby, and I hope The Loubi Express will be home to some of the most sought-after tables in town.”

The Claridge’s Christmas Tree has long symbolised the start of the festive season in the capital, drawing visitors and Londoners alike to admire its magnificent design. This is the 10th year that Claridge’s has invited one of their distinguished guests to reinterpret the tree in their own distinctive style.

Claridge’s Christmas Tree 2019 will be presented in Claridge’s lobby with The Loubi Express bar until 31st December 2019, Tuesdays to Saturdays from 5pm to midnight (closed Sundays and Mondays). Tables are allocated on a first come first served basis, and The Loubi Express operates a no reservation policy. The Loubi Express menu will serve a selection of Champagne and cocktails including ‘The Loubi Express’, a Champagne based concoction, as well as a bespoke ‘Pineapple Punch’, inspired by Christian’s favourite fruit. The food menu offers a range of Claridge’s most loved bar snacks including the now legendary Lobster Wellington, Prawn tempura and Truffle gougères. 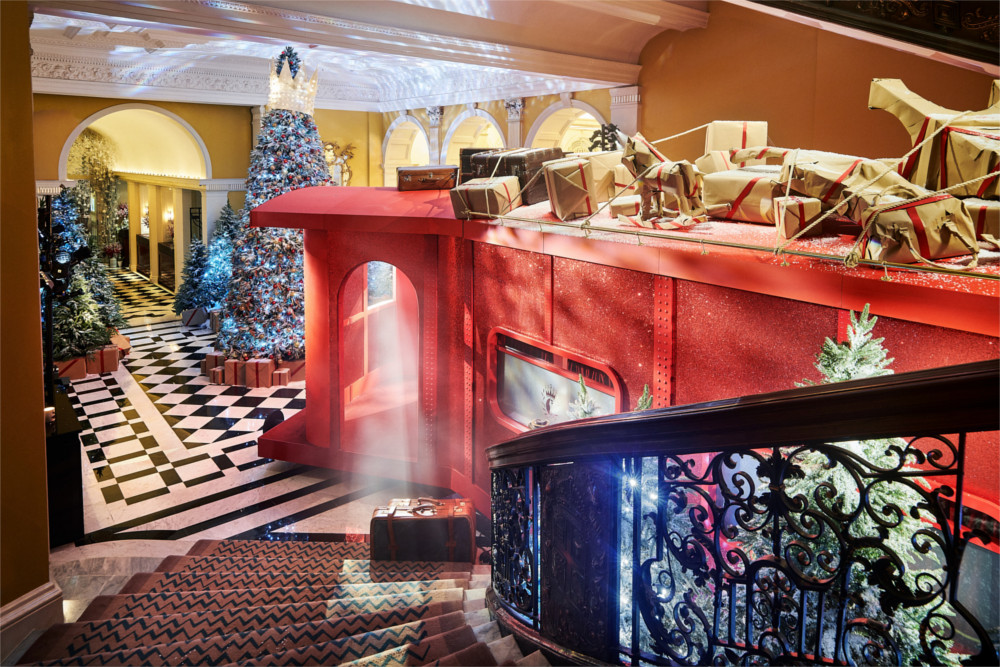 We use cookies on our site to improve your user experience.If you do not act you will be treated as having accepted cookies. Click here for details.